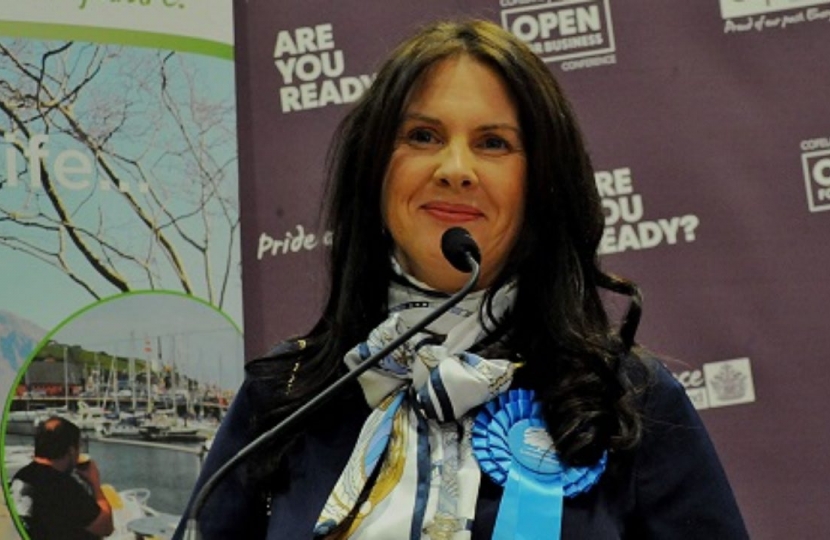 ‘Ask Her To Stand’ will be the focus of a live webinar with prominent leaders of the local community in celebration of International Women’s Day.

On Friday, Copeland’s MP, Trudy Harrison is set to host an event with members of the community including school governors and local councillors to provide advice and guidance in a bid to encourage women to put themselves forward for public office.

The event, aimed at females in the area who are keen to effect positive change within their communities, will be live streamed on Trudy’s Facebook account at 10am.

The session will feature a call to action to female members of the Copeland community who may not have ever considered standing for public office.

Trudy said: “Community activism led me to work in the Houses of Parliament, something I would never have believed possible just five years ago.  I really hope to encourage more women, just like me who maybe haven’t considered standing for elected office to put themselves forward.

“We are fortunate in the UK to have a democracy where a ‘can-do’ attitude and willingness to work hard and learn can bring about real change to a community, but we do need to find more women - and men - to get involved.”

Of Cumbria’s County Councillors, there are 61 men and 20 women in total.

The theme for this year is #ChooseToChallenge, aiming to encourage further people to commit to helping forge an inclusive world.

People are being encouraged to support this year’s theme by striking the ‘The Choose to Challenge pose’ by raising your hand high, and sharing across social media platforms, to show you're in and that you commit to choose to challenge and call out inequality.

International Women's Day is a global day celebrating the social, economic, cultural, and political achievements of women. The day also marks a call to action for accelerating women's equality.

The global celebration has occurred for over a century, with the first IWD gathering in 1911 supported by over a million people.