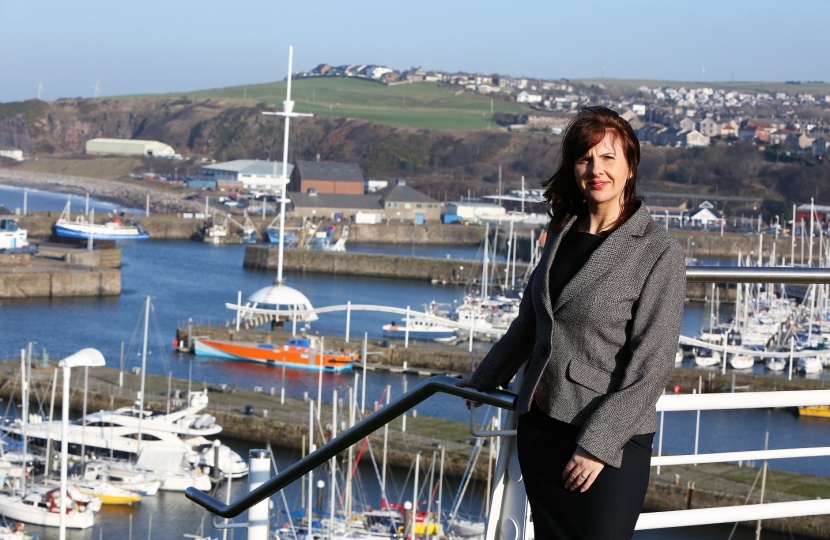 A proud, born and raised West Cumbrian is how Trudy would like to be described.

Granddaughter of a miner and also a farmer with an ancestry deeply rooted in the local area, Trudy was brought up in Seascale for the first nine years, then Wasdale, and after a six-year period in Whitehaven she and her family; husband Keith and four daughters, Gabrielle, Savannah, Francesca and Rosemary moved to Bootle in 2002, where they live today.

Upon leaving Wyndham Comprehensive, Trudy started her career at Sellafield working across the site in a variety of roles - in Thorp Management Centre, MOX and B591.  She also worked in Separation and Waste Retrieval and Decommissioning.  The birth of her first daughter, Gabrielle, in 1998 prompted a career move to nursery owner and manager which led to voluntary roles at her children’s school, Captain Shaw’s in Bootle, in fundraising and on the governing body.

The decline of village life in Bootle motivated Trudy’s interest in local politics.  She joined Bootle Parish Council in 2006 and later secured the position of regeneration officer at Copeland Borough Council in 2010.  A self-confessed late starter, Trudy combined full-time work, her role in the community and being a mum of four with a part-time Foundation Degree at the University of Salford, studying Sustainable Communities.

Trudy worked most recently on the Bootle2020 Programme in her home village; a programme of activities aiming to breathe new life into Bootle for future generations supported by private investors.

In February 2017, Trudy became Copeland’s first female and also first Conservative MP with her campaign pledges supporting nuclear, road, rail and digital investment along with a strong focus on health and education. She was subsequently re-elected in General Elections in 2017 and 2019.

In September 2021, Trudy was appointed Under Secretary of State at the Department for Transport, and in July 2022, she was promoted in the department to Minister of State.