MPs back bill to leave European Union on 31st January 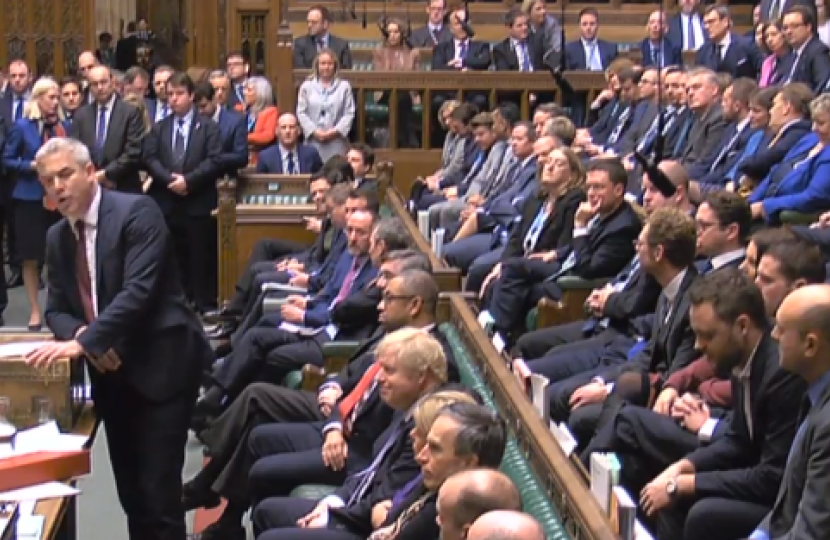 Copeland’s MP Trudy Harrison has today voted to end the Brexit deadlock and leave the European Union next month.

Just a week after Prime Minister, Boris Johnson led the Conservative Party to a landslide victory in the first Christmas general election since 1923, MPs backed the deal to leave the EU by January by 358 votes to 234, a majority of 124.

Following today’s historic vote, Mrs Harrison said: “We have been here too many times before, the three votes on Theresa May’s deal and one on the new deal negotiated by Boris Johnson prior to the election.

“Vote to Leave represents the single biggest electoral mandate in the history of the UK and on each occasion, I have voted to deliver for my constituents. However, frustratingly the previous Parliament either voted against or voted to delay.

“By voting through the Withdrawal Agreement Bill today we are fulfilling our election pledge to Get Brexit Done, which was overwhelmingly backed by voters in last week’s general election.”

Mrs Harrison continued: “Today we can finally provide hard-working businesses and people with the clarity they deserve and allow us to reunite the country following the division that has engulfed the commons over the last three and a half years. Now we can move on to our other priorities, including investment in our schools and NHS as well as making the case for nuclear.

“And quite crucially for Cumbria, we will be leaving the Common Agricultural Policy; for the first time in almost 50 years we will be able to legislate our own agricultural policy that works for British farmers.”

Yesterday, the Prime Minister set out the agenda for the new Parliament, introducing a programme of legislative measures including record investment for the NHS, education and law and order.

The MP for Copeland was quizzed on life in Parliament today during a meet and greet session with pupils from Thornhill and Arlecdon Primary Schools.