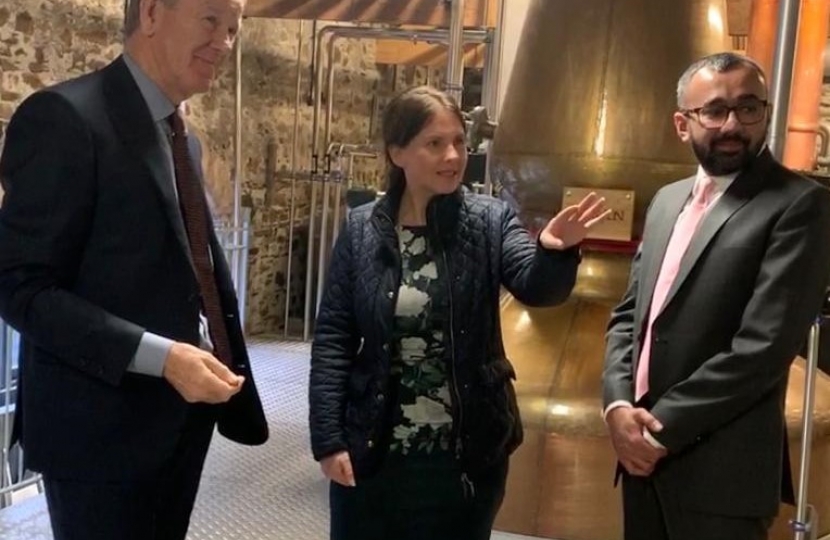 Lakes Distillery continues to grow as it benefits from the Conservative's decision to freeze duty on spirits.

This has allowed the successful business, nestled on the shores of Bassenthwaite, to continue to expand and create employment.

Trudy Harrison, the Conservative parliamentary candidate for Copeland, was invited to the attraction to see first hand how it had helped.

"This distillery was transformed from derelict buildings into a global brand which employs 75 people on site and exports across the world," she said.

"Since 2014, the Conservatives have frozen spirit duty three times. I hope and expect that we will continue to do that to see businesses like this continue to thrive. Lakes Distillery is a great success story for the British economy."

The Lakes Distillery is a member of the UK Spirits Alliance, a coalition formed to bring together members of the UK's spirits industry to campaign for a freeze on duty. The UK spirits industry is worth more than £10billion a year to the economy.

Lakes Distillery, based in Setmurthy, generates around £1.7million in economic benefits for the surrounding area.

"Total spirits duty and excise on a litre of pure alcohol have increased by 52p in the last five years, in comparison to £6.87 in the preceding five. This pragmatic approach has helped small and medium-sized distillers like us enormously," said Nigel Mills, co-founder and chief executive of Lakes Distillery. "We are creating an international business and, with quality at our heart, we hope to produce one of the world’s finest single malt whiskies, in a rural community. We have invested in our business, our people and the local economy, to create award-winning spirits which are enjoyed here and across the world in countries including Japan, Taiwan and Canada."

A spokesman for the UK Spirits Alliance said: “It’s great to see parliamentary candidates across the country recognising that spirits are a British success story and the future of UK drinking. We hope they will support our campaign to stop any duty rise for spirits in the next budget.”