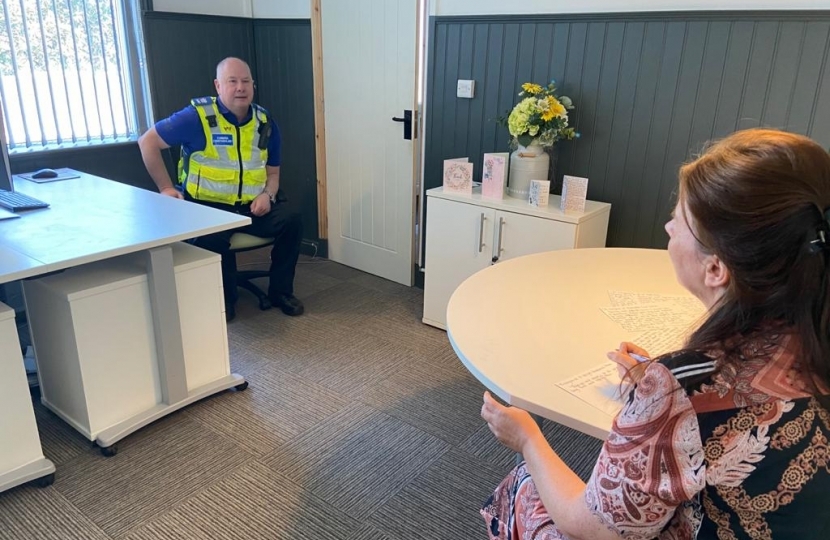 Cumbria Police is set to receive an additional £6m in its funding next year following an announcement today from the Home Secretary.

Home Secretary, Priti Patel announced policing will receive up to £15.8 billion in 2021-22 – an increase of £636 million on last year - the funding will be also be used to bolster counter-terrorism policing, including money for armed policing and more officers.

This includes over £400 million recruit 20,000 extra police officers by 2023, with Cumbria Police  having already welcomed an additional 52 officers earlier this year.

Today’s funding boost follows an announcement that The Hub, Millom will act as a base for police officers in the area.

Trudy, said: “Today’s £6m funding boost for our local force is welcome news. Officers and staff at Cumbria Police have been instrumental in keeping our community safe, and I pay tribute to them for their hard work and professionalism over the course of an incredibly difficult year .

“In addition this week’s announcement from  Peter McCall, our Police and Crime Commissioner in respect of crime reduction in Cumbria is great news for our area, and thanks to his efforts, The Hub in Millom is to be the base for 5 dedicated officers. These officers will conduct Neighbourhood policing and become recognisable, friendly faces in our community.

“Since the start of his term, Peter has overseen a 10 per cent  increase in the number of police officers for Cumbria. Encouraging new figures have been released showing a 25 per cent fall in theft and a 12 per cent decline in burglary. Conviction rates are 84 per cent which makes Cumbria the 8th highest in the country.

“This confirms that once again that Cumbria is one of the safest places to live, work and visit.”

“I am delighted to note that we have seen an increase in the number of Police Officers since 2016, from 1120 to 1234 today. Over the last year, the deployment of additional officers into rural areas has been made possible due to the public support from increases in police council tax precept and also the Government’s recent initiative, Operation Uplift.  It is of course entirely right that you should know where and how your money is being spent to keep our communities safe from crime.

“This month, Millom will benefit from the latest expansion of rural officers, with dedicated officers serving the town and its surrounding area.

“Neighbourhood policing works best when locally based officers work in local communities and this increase in visibility is starting to make a real difference in our communities. I know that the challenges of just getting to Millom makes many residents feel vulnerable to crime and I hope that this move provides the reassurance that the town and surrounding area does get the policing service it deserves.

Inspector Richard Smillie is the inspector in charge of the Copeland policing team. He said: “Millom is following the many areas this year that we have been able to have officers placed back into the community.

“We have always had officers policing the area, but having officer dedicated to the area will be able to respond more efficiently and effectively to local concerns.

“Being based in the community will also help the officers gain understanding of local issues, as well as providing a recognisable presence.

"The officers will have a real benefit to the area and local community."