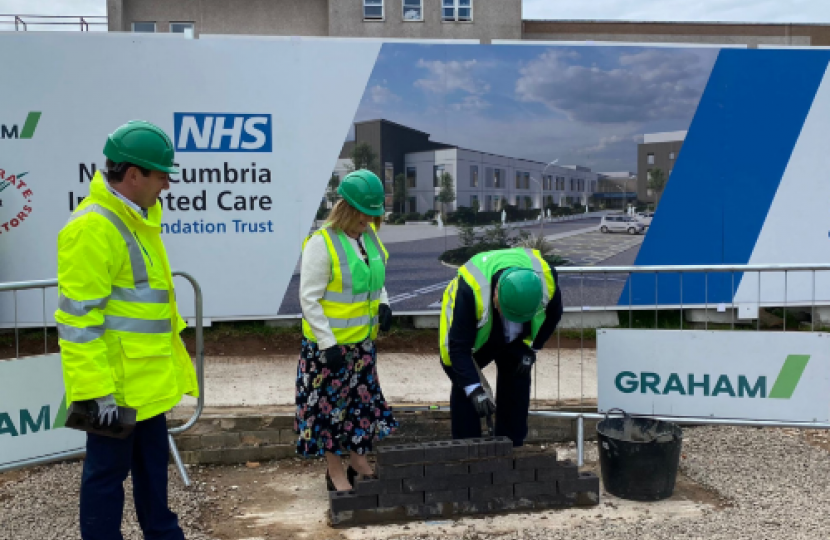 Trudy has welcomed the start of work on the second phase of the West Cumberland Hospital redevelopment.

A ceremony was held yesterday (Wednesday) to mark the beginning of the £40 million project that will replace up to 40 per cent of the original hospital.

The new-build will include a paediatrics unit, a care of the elderly ward, a specialist palliative care/step down ward and a stroke/rehabilitation ward.

Trudy said: “I am thrilled that the second phase of the redevelopment is under way, and the project represents further substantial Government commitment to healthcare in Copeland and builds upon the £90m investment from phase one of the project which was completed in 2015.

“This will make a significant difference to the hospitals’ patients and their families, staff and the wider community, and I congratulate the team at the hospital and the trust for achieving this milestone day.”

The full announcement to mark the start of construction can be found at: