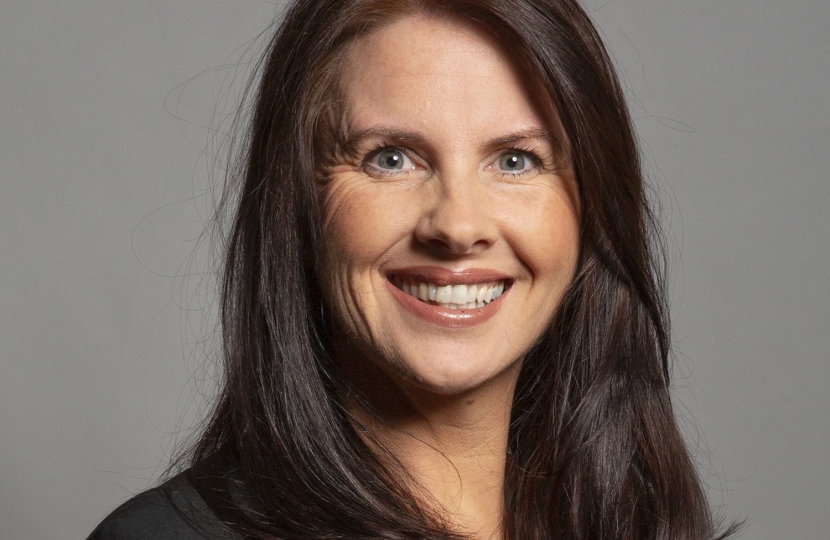 Trudy has welcomed progress towards the introduction of a new financing model for new large-scale nuclear power projects.

Under the current setup to support new nuclear projects, developers have to finance the construction and only begin receiving revenue when electricity-generation begins.

While Trudy's Ministerial role prevents her from taking part in chamber debates, she has written to Minister Hands to offer her support for the Bill.

Trudy said: “Ensuring we reach net-zero by 2050 is the greatest challenge we face as a country today. The urgency with which we need to act has been evident from the events at COP26 this week.

“To reach net-zero, we will require 10 times more clean energy than we have today. Nuclear is uniquely placed to deliver this as our only source of reliable low-carbon power, and it is so crucial from an emissions perspective that we in Britain oversee a programme of new nuclear - large and small.

“The biggest hurdle to new large-scale reactors in recent years has been concern over financing. That is why I wholeheartedly support this Bill, which will facilitate investment in new nuclear using the RAB model that is tried and tested and will bring down the capital costs, while protecting consumers and taxpayers by attracting new private investment.”

Following yesterday’s second reading, issues raised by Members in the Houses of Commons and Lords will now be reviewed by a committee, ahead of the Bill returning for adoption as legislation on a future date.

For further information on the RAB model, visit:

Trudy has welcomed the announcement that five organisations in the constituency will received over £900,000 in the latest round of Culture Recovery Fund grants.