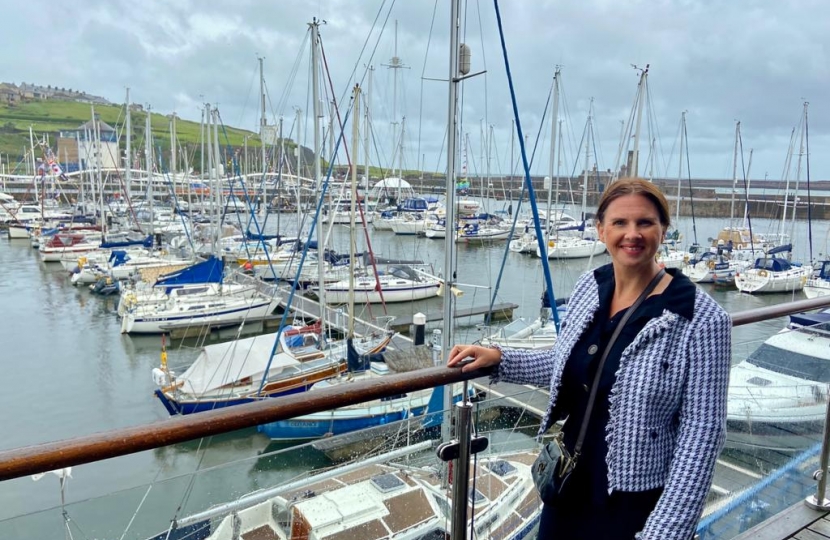 Trudy Harrison MP welcomed the decision, which will help ensure people and businesses across Cumbria have sustainable high-quality local services.

This reorganisation will bring significant benefits to Cumbria, giving local leaders tools to help level up opportunity and prosperity across their communities.

Trudy Harrison MP said: “Local Government in Cumbria was last reorganised in 1974 and it is clear that the two-tier system needed to be modernised to promote clearer areas of responsibilities, accountability and transparency.

“Residents will benefit from their hard-earned council tax being spent more efficiently and at best possible value. I welcome these changes that dovetails into the Government’s levelling up and devolution agenda and will create an authority with a strong, single and focused voice.”

The locally led plan is being implemented after a period of consultation which considered views from residents, business leaders and councils.

The existing councils and their partners will now work collaboratively and constructively together to drive forward the process of establishing unitary councils while plans are laid before Parliament for approval.

Local Government Secretary Rt Hon Robert Jenrick MP, said: “I have always been clear that any restructuring of local government must be locally-led and will not involve top-down solutions from Government.

“Residents, businesses and service providers have had their say on what will work best for their area and now councils in these three areas can start planning for the next step.

“Where there is local support, changing the structure of local government can offer better value for money and improved services for residents.”

This follows an announcement by the Prime Minister last week where he set out his vision to level up and unite the whole of the United Kingdom. In a speech, he set out the government’s role to:

Moving forward, the necessary secondary legislation will be put in place to implement the decisions which have been made for these three areas.

At the turn of the year, a draft structural changes Order will be laid in Parliament. This will include plans for the necessary transitional arrangements, including for elections in May 2022 for the future unitary councils.

Pupils at Seascale Primary School enjoyed a special visit from their local MP during their last day of term.

On Friday, Trudy Harrison MP joined pupils and teachers in Alder and Maple classes to discuss their ‘innovative’ work to reduce plastic waste.