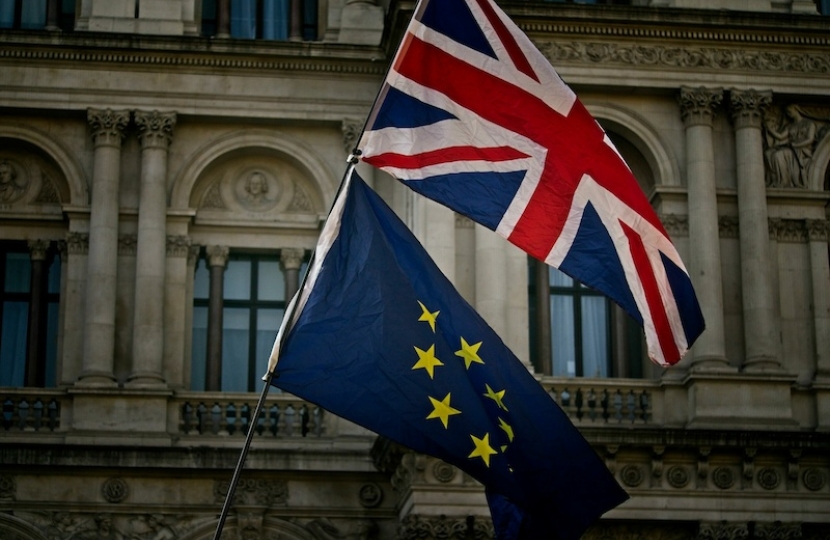 Trudy has today voted to approve legislation that will pass the EU-UK post-Brexit deal into UK law, marking the final stages of the UK’s departure from the European Union.

This morning, the Prime Minister addressed the Commons, urging MPs to back his deal which ‘allows the UK to take "control of our laws and our national destiny”.

Today’s vote marks the final stage of the Brexit process triggered by the majority vote to leave in the 2016 referendum.

Yesterday, the Prime Minister received a boost from the European Research Group (ERG) after examining the bill in detail and concluding that it "preserves the UK's sovereignty as a matter of law".

Trudy, said: “Following an intense nine months of negotiations, I am thrilled that a deal which provides the best framework for our relationship with European allies and industrial partners has finally been agreed.

“2021 will be our opportunity to showcase what Global Britain means to the rest of the world: striking trade deals with new markets, reasserting ourselves as a liberal and free trading nation and acting as a force for good in the world.

“I am incredibly proud to be Copeland’s Member of Parliament on such a momentous day, and after years of wrangling, we are an independent country again, in control of our borders and in charge of our laws. We will now, after 48 years be enabled to decide and follow our own destiny whilst protecting the integrity of our internal market and Northern Ireland’s place within it.

“The government has succeeded in delivering what the British people voted for both in the referendum and the last election and I look forward to entering the New Year as a fully sovereign nation.”

The EU (Future Relationship) Bill will now pass to the House of Lords for their approval and once both Houses have agreed to the bill, the Queen will be asked to give her consent, known as Royal Assent.

Trudy has today welcomed a decision by the Ministry of Communities Housing, and Local Government to reject a request to ‘call in’ the West Cumbria Mining project for the second time.