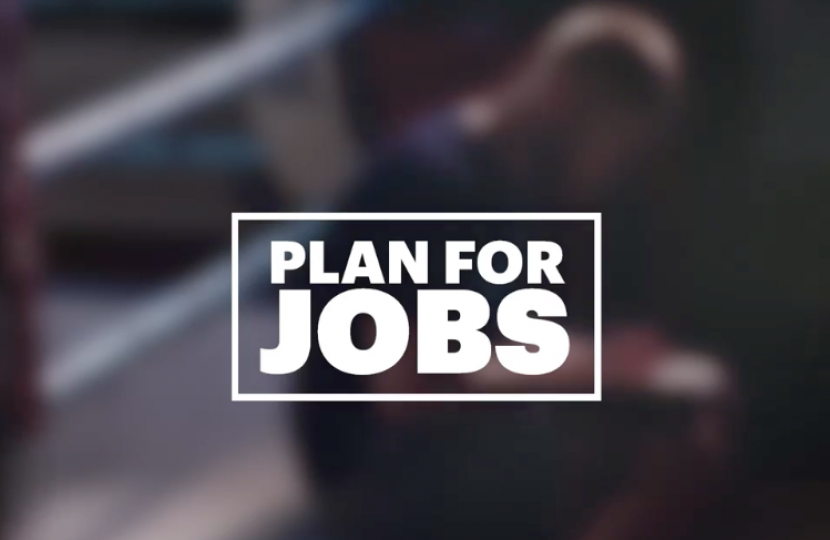 Marking once year since the Government’s Plan For Jobs was launched, the MP for Copeland has commended Whitehaven’s Job Centre, thanking work coaches for their ‘vital role’ in supporting constituents to access new job opportunities.

Building on the action taken in the face of the immediate threat posed by the virus, the Government launched its Plan for Jobs on 8th July 2020, providing new funding to ensure more people can access tailored support to help them to find work.

The plan is made up of a range of government programmes including the £3bn Restart Scheme which gives Universal Credit claimants who have been out of work for at least 12 months enhanced support to find jobs in their local area, while employers that sign up to the £2bn Kickstart Scheme can offer those aged 16-24 who are claiming Universal Credit a six-month work placement that is fully funded by the Government.

The Copeland MP will soon be joining Copeland’s DWP Work Coaches in Whitehaven to discuss further how these schemes have been supporting people in Copeland, as well as to thank them for their ‘vital role’ during the pandemic.

Trudy  said: “Today marks one year since the Chancellor launched the Plan For Jobs, a programme of funded schemes to provide support to jobseekers, create new roles and career paths, and bolster the economy.

“Unemployment can have long-term impacts on individuals and families, with young people particularly vulnerable due to their lack of experience in work and as we build back better, I am pleased that Government has expanded on its initial response to the pandemic by strengthening existing employment and skills support through schemes including the £2bn Kickstart Scheme, which companies across Copeland including, Mitie, Farplace Animal Rescue, Kaefer, KBR Ltd, Dixons and Costa Coffee have so far signed up to.

“I commend the incredible work coaches at Whitehaven's Job Centre who have played a vital role in offering tailored support and guidance to people in Copeland, as well as helping job seekers to find new and exciting opportunities. I look forward to joining our wonderful work coaches very soon and extend a huge thank you for their support during my Facebook live event last month to help encourage more employers to sign up to the Kickstart Scheme.”

People in the Intensive Work Search group on Universal Credit will benefit from a significant expansion of support offered through the Department for Work and Pensions (DWP) Jobcentres, including doubling the number of work coaches and additional intensive support to those who have been unemployed for at least three months, part of the Plan For Jobs.

Other programmes as part of the Plan For Jobs include the Sector-Based Work Academy Programme which provides opportunities for jobseekers to gain experience and learn new skills in particular industries, as well as the New Enterprise Allowance (NEA) scheme, providing money and support to help the unemployed and self-employed to start and develop their own business.

Last month, the local MP hosted a live Facebook event with DWP and the Minister for Employment to provide information and guidance on how businesses in Copeland can sign up to the Kickstart Scheme.

The third phase of the government’s Plan For Jobs will be set out in the autumn with measures to support the longer-term recovery through a Budget and a Spending Review.