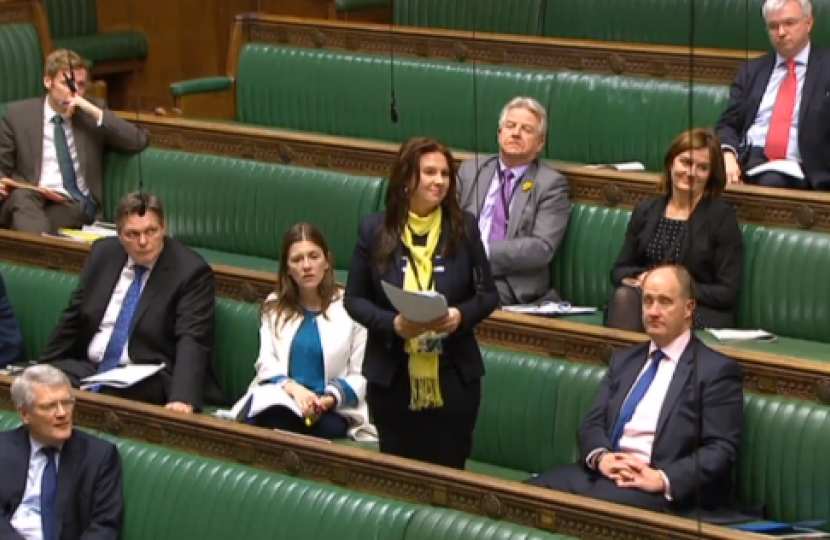 The Wild Animals in Circuses Bill received cross party approval and now progresses to the Bill Committee stage. It would mean that circus operators in England will no longer be able to use wild animals such as reindeer, zebras and camels as part of a travelling circus.

Mrs Harrison told the House of Commons: "Making wild animals travel in crates and perform unnatural tasks for our amusement does not have my support and nor does it have the support of the public.

"As world leaders in animal welfare, we are strengthening our position as animal protectors. The Bill follows a long list of other protections making progress in the House, including making CCTV mandatory in slaughter- houses, improving puppy welfare and bringing about one of the world’s toughest bans on ivory sales. Prison sentences for animal abusers are being increased and I look forward to a ban on the live export of animals for slaughter when we leave the EU."

MPs also debated the difference between conditions a wild animal experiences on the road and during performances compared to those of an animal in a conservation park or zoo.

"These animals can be enclosed in areas reflecting their native environment, where the public benefit from gaining knowledge and where they will therefore be better able to support the work of breeding programmes and wider conservation," said the Copeland MP.

And she described the bird displays experienced at a recent Muncaster Castle VisitBritain event to encourage the visitor economy in Copeland.

"These experiences capture our imagination and dazzle, while also teaching us about natural habits, abilities and vulnerabilities. These opportunities and organisations have my full support."

She added: "The ban in this Bill would not be possible without the vast amount of work carried out by the DEFRA team, officials and organisations such as the RSPCA, all of whom have got us this far."