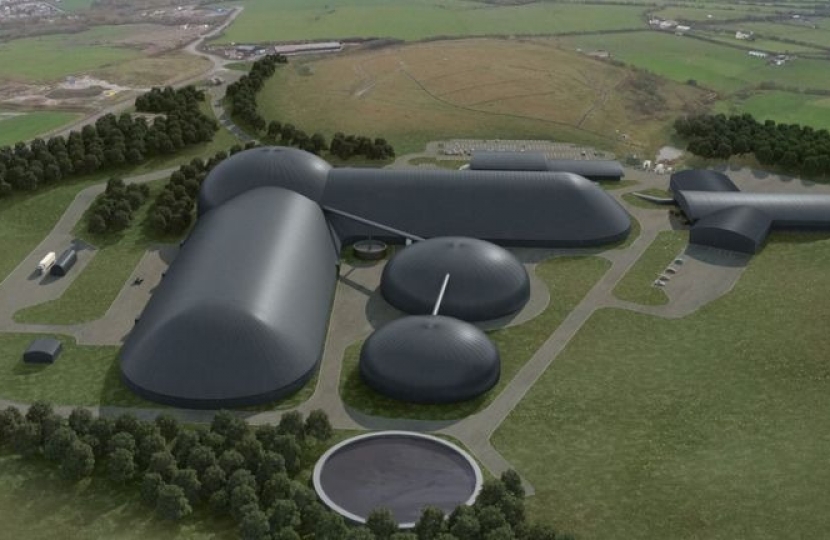 Trudy detailed her full support for the Woodhouse Colliery plans at the first day of the planning inquiry on Tuesday, September 7.

Below is a transcript of Trudy's presentation to the Planning Inspectorate:

"I would first like to take this opportunity to thank all those working behind the scenes at the Planning Inspectorate who have enabled this session today, as well as the whole inquiry.

"I would also like to thank my Copeland constituents, many of whom have contacted me about Woodhouse Colliery over recent months. The overwhelming majority of constituents whom I have spoken with are incredibly supportive of this project. Engineering and pioneering are what we do best in Copeland; it is in our DNA, and I couldn’t think of a more practical or enthusiastic community for this project to be sited.

"At the heart of the debate regarding West Cumbria Mining is the second most widely used commodity in the world, steel.

"Not only this, but the International Energy Agency forecast that global demand for steel will increase by more than a third

"Indeed, it is the steel industry which is key to delivering the low carbon economy of the future through the delivery of high-grade steel for wind turbines, tidal barrages, new low carbon nuclear power plants and other key infrastructure such as HS2. During 2020 the UK imported 5.3 million tonnes of steel, 74% of all imports were from the EU.

"The reality is that the steel industry will continue to use the blast furnace mechanism for the foreseeable future, this method is currently responsible for 72% of the 1.87 billion tonnes of steel produced globally every year.

"While emerging technologies may assist the future transition of the industry, there is no commercially scaled-up process for delivering on our steel requirements here and now.

"If we look around the world at countries who have tried alternative strategies, we can see the problems that comes with. In Sweden, where hydrogen has been used to make low carbon steel, but not yet at a large commercial scale, steel will be 30% more expensive.

"That would mean every wind turbine, every electric car, and projects such as HS2 would cost 30% more for the steel they use. In Japan, where they have used waste plastic in blast furnaces, it took between 10 and 15 years to create the infrastructure for the scale of the project.

"On that basis, we are going to continue to need coking coal in the steel making process, this is evidenced by the fact that the EU have labelled coking coal as one of their critical 27 raw materials. We are currently importing 2.177 million tonnes of coking coal a year, with the biggest sources being the USA, Russia and Australia (BEIS, 2020).

"Not only does this mean we import the coal from countries that doesn’t necessarily meet our high environmental and working standards, it also means we are producing emissions from transportation. A UK source of 3.0 Mt of coke would save approximately 150,000 tonnes pa of CO2.

"While there is a demand for steel and therefore coking coal, it is only environmentally sensible to have a domestic source.

"It is important to restate that coking coal is different to thermal coal. Coking coal is used to make high-quality coke, while thermal coal is important in producing electricity. Coking coal must have a low sulphur and ash content, and forms coke which can support the charge of limestone and iron ore in a blast furnace. Thermal coal has a lower calorific value and carbon content, but a higher moisture value than coking coal. It is primarily used to generate heat.

"Not all coking coal is the same, it is measured by volatility - grade A being the best. That matters because the gradation is based on ash content plus moisture content, which forms its Useful Heat Value (UHV). For Grade A, ash content must not exceed 15%.

"In September 2013, West Cumbria Mining undertook a substantial analytical in reviewing the historical data regarding the presence of coal from seams present around the St Bees coast and which form part of the wider Cumberland coalfield. The requisite chemical composition and potential volumes were considered to determine the appropriate location of the proposed development.

"From the subsequent exploratory drilling undertaken the core samples that were extracted confirmed that the coal is a premium-grade high volatile ‘A’ hard coking coal. This led to the plan to develop and operate an underground metallurgical coal mine, which will be known as Woodhouse Colliery.

"The project brings considerable economic benefits. It would create 500 jobs in West Cumbria and a further 1500 indirectly, private investment and jobs in an area where poverty rates are higher than the national average and goes hand in hand with levelling up. It would bring a £1.8bn contribution to UK GDP in its first 10 years, which in turn could be invested into research and development for new steel making processes.

"Low carbon steel can be achieved using coking coal from Woodhouse Colliery with the use of high-quality coking coal, as well as mitigating factors to offset carbon emissions.

"West Cumbria Mining’s Woodhouse Colliery will harness the most modern of technologies too, and will be the world’s first net carbon zero operational underground metallurgical coal mine, from day one for the lifetime of operation. The mine will use renewable electricity, methane capture and elimination, on-site mine gas power generation and bio-fuel sustainable solutions. This would once again place the UK in a world leading position during the crucial transition period for the steel industry. That is what I want to achieve.

We have very little, if any, control on emissions, environmental standards or workers’ rights.

"It is gesture politics because we couldn’t manage to understand the industrial realities of steel production and focus upon zero carbon steel instead.

"I therefore wholeheartedly support this project which would give us a domestic source of coking coal, necessary to feed our steel requirements that are building the technologies powering us to net-zero. "