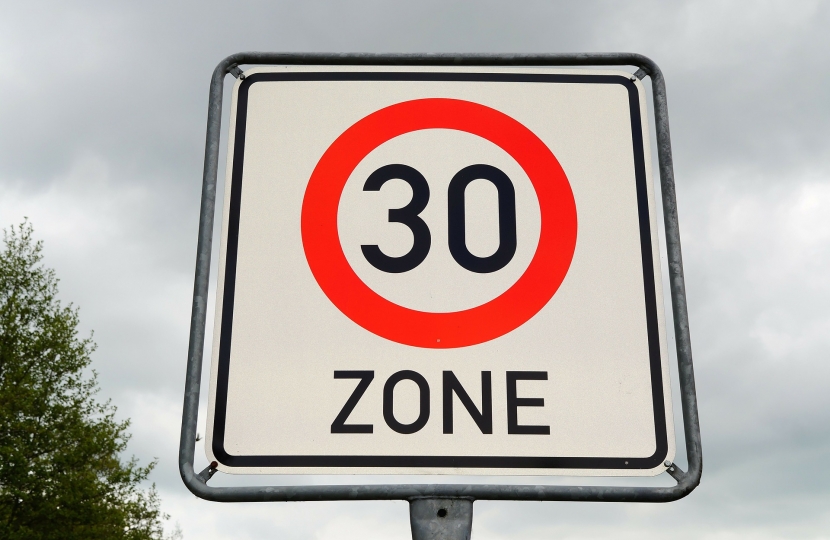 Trudy has written to Cumbria County Council amid concerns raised to her by residents around speeding vehicles and other traffic issues on the A5086.
Cumbria County Council has responded to Mrs Harrison to outline the measures being taken, including the creation of a permanent police bay now being attended by a safety camera vehicle on a priority basis. Further 30mph signs are set to be installed, and additional changes will considered under a Traffic Regulation Order in the new year.

The measures are being introduced - and are being monitored on their effectiveness – by the Casualty Reduction and Safer Highways (CRASH) multi-agency group including Cumbria County Council and Cumbria Constabulary.

Trudy said: “The current conditions are not acceptable and present a risk to road users and residents, therefore I’d like to thank Cumbria County Council and partners for acting on residents’ concerns and taking action to improve the situation.

“I am advised that the regular presence of a safety camera vehicle should see the number of speeding vehicles reduce over time, as motorists become more familiar with the site and the possibility of being caught on camera.

“CRASH will be carefully monitoring the average speeds and volume of speeding tickets issued and, if figures remain high, will then consider what alternative action is available.”

Councillor Arthur Lamb, Cumbria County Councillor for Cleator Moor East and Frizington, said: “I welcome these changes and look forward to continuing to work with local residents to ensure we get further improvements.”

Councillor Keith Little, Cumbria County Council’s Cabinet Member for Highways, said: “I am pleased to see a number of solutions proposed to this issue – it is a matter that has been discussed regularly at the CRASH meeting in recent months.

“The new additional signage and installation of a permanent police bay is intended to reduce speeds and improve road safety, and I am grateful to the local community for their role in bringing these issues to our attention.”

Trudy has accepted an invite from the owners of a Lake District eatery to help plant a special woodland to mark the Queen’s Platinum Jubilee.