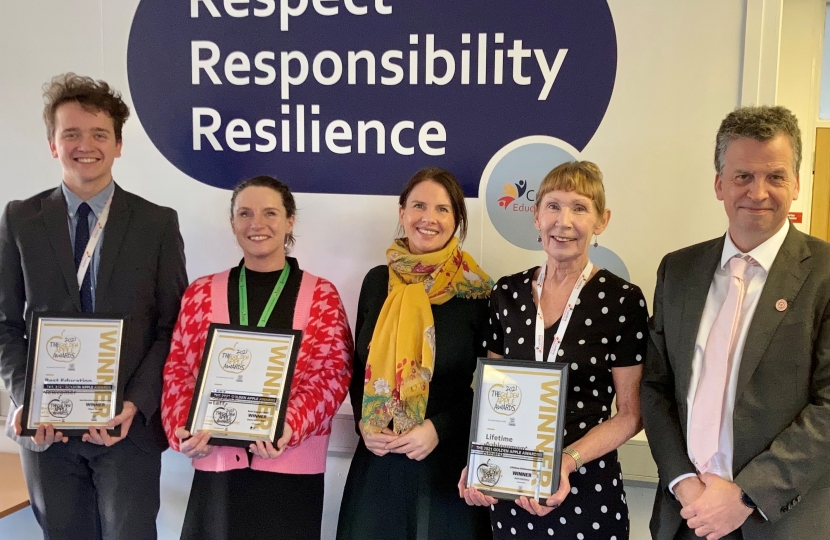 Trudy has extended her congratulations to three award-winning members of Whitehaven Academy staff.

Trudy said: “It was a pleasure to meet Beth, Oliver and Dawn and I’d like to congratulate them on their awards. Although you don’t go into teaching or to work schools to win awards, this is tremendous recognition from their colleagues and pupils that shows the high regard in which they are all held.”

On her visit to Whitehaven Academy, Mrs Harrison also received a progress update from Headteacher Nigel Youngman on the new school nearing the finishes stages of construction.

The £20m new-build is expected to open in Spring 2022 at which time more than 560 students, including sixth formers, will relocate to the new facilities. Funding has been provided by the Department for Education.

Trudy said: “This new-build is what the pupils, staff and parents of Whitehaven Academy deserve and it is incredibly exciting to see it so close to completion.

“With new state-of-the-art facilities being created to complement the dedication of Mr Youngman and his staff, the future is extremely bright for Whitehaven Academy.”