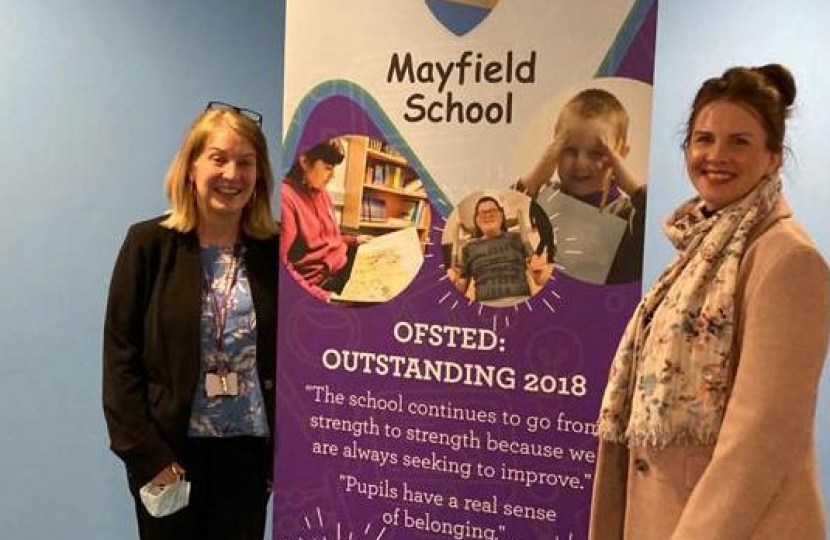 Staff and pupils at Mayfield School had a socially distanced visit from their local MP this week.

Following a campaign led by local parents to secure their children a place at the SEN school after they were originally denied one by Cumbria County Council due to limited places, Trudy Harrison MP was invited along to meet with staff, pupils and headteacher, Sam Kidd at the school in Whitehaven.

During the campaign, the Copeland MP called for an urgent meeting with Cumbria County Council’s Assistant Director after dozens of parents contacted her after receiving the news that their children had not been given a place.

Following the parents’ fight, the local authority worked to find a place for the pupils who had not been given a place.

The visit, which allowed teachers and governors to discuss school spaces for SEN pupils with their MP, coincided with World Autism Awareness Week, a global campaign led by the National Autistic Society which aims to improve people's understanding of autism.

Trudy said: “Schools such as Mayfield are a lifeline for many families, ensuring children with special educational needs receive the correct support for them to develop, and the talented and dedicated staff at Mayfield School do an incredibly outstanding job.

“71% of pupils and students at Mayfield have autism, so it is vitally important that we do all we can to increase our understanding and awareness, and campaigns including World Autism Awareness Week work to do just that, ultimately helping to make the world a much friendlier and comfortable place for the 700,000 people living with autism in the UK.”