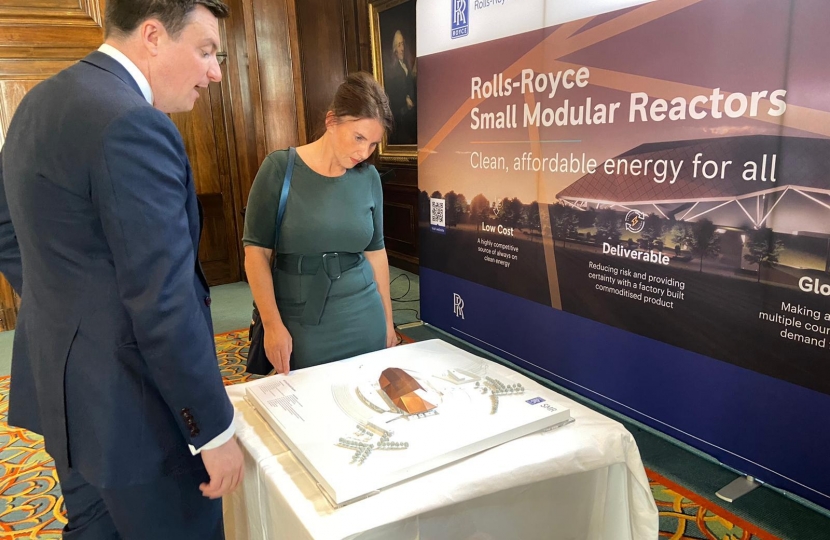 Trudy Harrison and colleagues have made a compelling case for the borough to be the location of the first small modular reactors (SMR) in the UK.

Trudy chaired a meeting of key personnel in Whitehaven today (Friday) at which the joint vision and justification for hosting SMRs in Copeland was outlined to officials from the Department for Business, Energy and Industrial Strategy (BEIS).

The meeting heard that Copeland has the required local expertise and skills to manufacture and run the reactors, and a knowledgeable and supportive local council and community. Led by Rolls Royce SMR Ltd and with Government support, the first phase of development of the SMR has been completed – including design and cost evaluations – with the next stage of applying for regulator approval to begin imminently.

Trudy said: “I am committed to the delivery of a strong nuclear future for Copeland, and bringing SMRs to Copeland is the most important achievable priority for the nuclear sector.

“SMRs will deliver clean, low-carbon, affordable energy and will play a significant role in the Government’s Net Zero ambitions for 2024.

“This community knows more about nuclear power than anywhere else in Europe. We have a deep talent pool with a track record of safety and delivering nationally-significant projects, and I am lobbying strongly for Copeland to be at the forefront of this new and exciting approach to nuclear.”

The meeting took place on the 65th anniversary of the day that Calder Hall – the world’s first nuclear power plant - was connected to the grid.

Trudy said: “I am proud to be the MP representing the constituency where the world’s first civil nuclear power station was connected to the grid and the benefits that the industry has brought to our workers and communities has been felt ever since – and will be long into the future.”

Trudy is honoured to have been appointed as a Parliamentary Under Secretary of State at the Department for Transport.