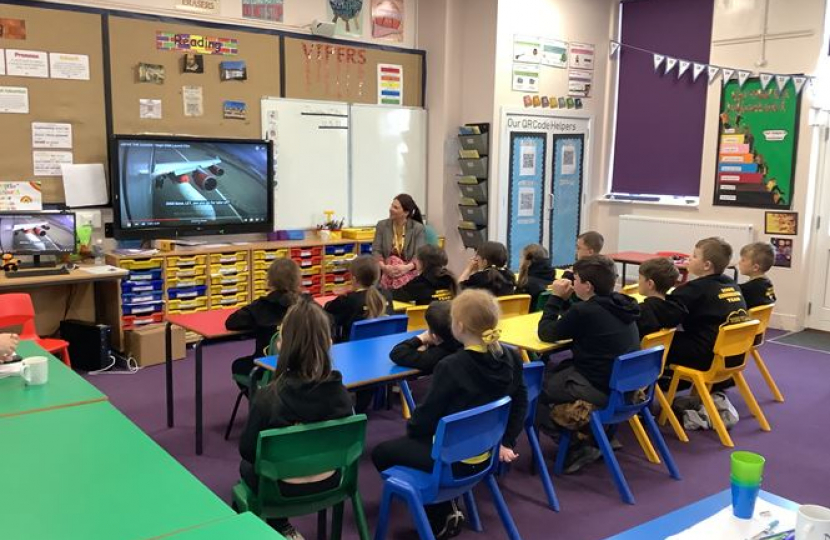 Trudy was invited to Bransty School, where she met with the Communications Team – whose motto is ‘Your Voice, Your Choice, Your Ideas’ – to explain to pupils about her role and responsibilities as Member of Parliament for Copeland and a Minister in the Department for Transport.

She shared details with pupils of her journey into politics and her previous role as Parliamentary Private Secretary to Prime Minster Boris Johnson.

Trudy then answered a variety of questions from the pupils, on topics ranging from electric vehicles and climate change to the nuclear industry and the democratic process.

Trudy said: “It was a pleasure to visit Bransty School to meet the Communications Team.

“I was very impressed with the questions they had prepared, and they showed an admirable level of interest in current affairs and the issues that are affecting their local community.

“I congratulate all members of the Communications Team who have volunteered for this important role to represent their classmates and to bring about improvements in their school community.”

Teacher Amy Donohoe added: “The pupils were fascinated to learn about life as an MP and had many interesting and engaging questions.

“Pupils were particularly delighted to hear about Mrs Harrison’s work in her local constituency and her plans for the future; they developed a particular interest around the area of electric cars!

“The visit was truly fascinating, engaging and fun and the children extended an open invite for Mrs Harrison to return soon.”