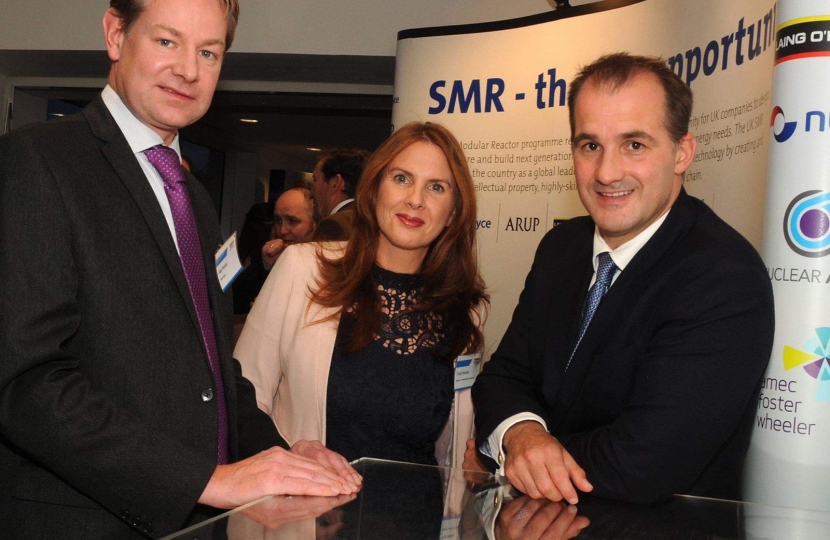 Trudy Harrison is a strong advocate for nuclear energy having worked at Sellafield and continuously raised the profile of the industry in Parliament and across the UK.

And she has welcomed the news that the Rolls-Royce consortium for Small Modular Reactors (SMRs) is prioritising Copeland.

"I have made the case in Parliament and worked with industry and community leaders to secure a strong future," she said. "I have never stopped pushing for a plant in West Cumbria and specifically on the Moorside site. Following my work with Government in Parliament and with the nuclear supply chain, Rolls-Royce consortium has confirmed its commitment to Moorside."

Alan Woods, director of strategy and business development at Rolls Royce, told delegates at the Global Reach 2019 event that is was focusing its efforts on developing its emerging Small Modular Reactors (SMR) at existing nuclear licensed sites.

The Government is investing up to £18 million to support the design of the UK-made mini nuclear power stations.