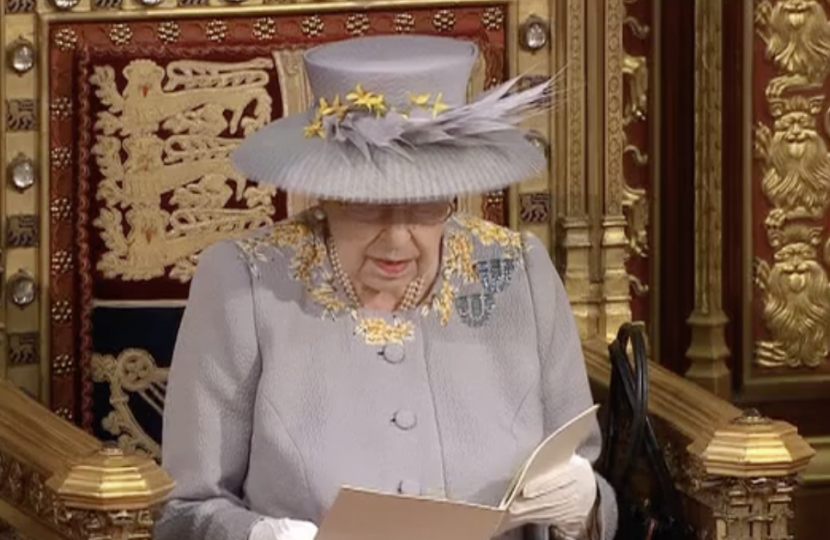 New laws to ensure the UK builds back better and stronger from the pandemic were unveiled in the Queen’s Speech today.

Trudy Harrison, MP for Copeland joined the Prime Minister in the Commons chamber for the ceremonial State Opening of Parliament which outlines the Government’s proposed policies and legislation for the year ahead.

Following the unprecedented, global impact of coronavirus the Government’s agenda focussed on supporting the nation’s recovery, backing the NHS, levelling up and spreading opportunity.

The speech set out new laws for the Prime Minister’s Lifetime Skills Guarantee, giving people the skills they need for well-paid jobs and opportunities to train throughout their lifetime.

Trudy said: “The Queen’s Speech today emphasises the unleashing of potential - as yet untapped talent and pent up opportunity.  Releasing land for homes and creativity for self-builds with planning changes.  Developing minds and training trades with the Prime Minister’s Lifetime Skills Guarantee at our local colleges.

“Unleashing the ingenuity and resourcefulness, the pioneering spirit and ambition within our communities to create a science superpower moving from jabs, jabs, jabs to jobs, jobs, jobs.  And building back better, fairer and cleaner.

“That sums up today’s future plan and my plan for Copeland.  As we recover, cautiously and irreversibly out of lockdown I’m eager to deliver what I promised over four years ago and will work alongside everyone who will join me.”

Internet safety, climate change, and animal welfare were also focal points of the address which marks a new session of the parliamentary calendar.

The speech also committed to an Animal Sentience Bill, which will give creatures with backbones the "right" to have their feelings recognised in law. This Bill will also ban imports of hunting trophies and keeping primates as pets.

The State Opening follows the delivery of 44 bills in the last Parliamentary session, including the legal framework to help strike new trade deals around the world and powers to regain control over borders.

A number of bills have been carried over to complete their passage in the next session. This includes the Environment Bill, which will set legally binding environmental targets, and cement the UK’s leadership on climate change, as the UK hosts the international COP26 Summit in Glasgow later this year.