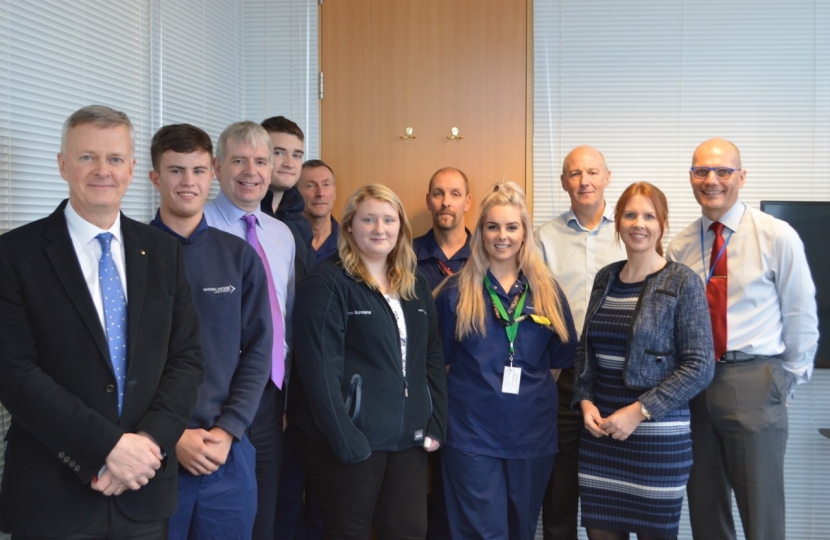 The biggest programme of investment into British defence since the end of the Cold War has been unveiled by the Prime Minister today.

In a statement made to the House, the Prime Minister announced £16.5bn additional defence spending taking the total over the next four years to £24.1bn, a move helping to protect 35,000 job in the North West.

Today’s announcements are expected to increase the number of jobs in the wider Defence Sector in the North West by between 5,000 and 10,000 over the next 5 years.

MP for Copeland, Trudy Harrison, said: “The biggest increase in defence and security spending for 30 years is more good news for Copeland.  The military has a proud record of attracting personnel from Copeland serving across the Forces, protecting our great nation.

“We also have so many brilliant businesses at the cutting edge of robotics and cyber, working across both defence and civilian industries.

“Our place in the world depends on the ability to defend the realm whilst also protecting the most vulnerable in countries which need our Forces’ intervention, today’s announcement is good news on all those counts.”

The landmark investment will pave way for the creation of a new National Cyber Force and an Autonomy Development Centre to help accelerate the research, development, testing, integration and deployment of world-leading Artificial Intelligence and Autonomous Systems.

It will also help move forward the Future Combat Air System, a project which has created 1,800 skilled jobs since 2018 and is now due to generate around 18,500 jobs and 2,500 apprentices over the next four years, the majority of which will be in the North West and South West.

The Prime Minister also pledged security for shipbuilding, allowing for an order of 8 Type 26 and 5 Type 31 frigates; committal to the next generation Type 32 and construction of multi-role research and future support ships to supply the Carrier Strike Group.

Today’s announcement means the UK will remain the second highest defence spender in NATO and will allow investments into cutting-edge, next-generation technology.

"Many underpinning technologies – such as robotics, digital, imaging, monitoring, advanced materials, cyber security, etc – are common to both the defence and nuclear sectors. So anything which helps to bring even more highly skilled jobs to the region, in areas such as these, can only be good news.”