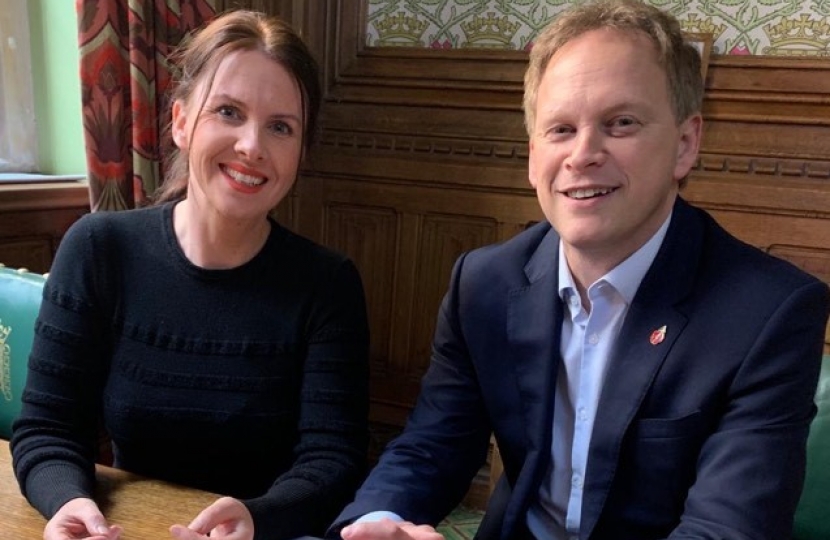 Trudy Harrison has welcomed an announcement that rail company Northern will be brought under government control.

Putting an end to rail passenger’s misery, Transport Secretary Grant Shapps has today confirmed that from March 1st 2020 the Northern Rail franchise will be taken into public ownership.

The Government will begin operating services through a public-sector operator known as the OLR ‘operator of last resort’ run by the Department for Transport and overseen by experienced railway managers.

The news comes following years of problems including widespread cancellations and delays following the introduction of new timetables last May.

Mrs Harrison, said: “Northern Rail have sadly failed to provide the reliable service which passengers depend upon and deserve.

“As a frequent train user myself, I have been well aware of the problems but despite reassurances, we have not seen sufficient improvements, I shall now work with Government to ensure we get the train service we need in Copeland.”

From the 1st March, the secretary of state has asked the OLR to prepare a 100 day plan focusing on recruiting train drivers, timetable restructuring and platform improvements.

In a ministerial statement, Mr Shapps said: “Wherever you live, you deserve a railway that widens your children’s horizon, gives you access to highly skilled, highly paid jobs, and provides a viable green alternative to getting in your car.

“I am determined that Northern passengers see real and tangible improvements across the network as soon as possible.”

Northern services will transfer from Arriva Rail North to Northern Trains Limited, a newly formed subsidiary of the Department for Transport's OLR.

Copeland MP, Trudy Harrison has met with local pub owners ahead of their reopening this Saturday following months of closure due to Covid-19.