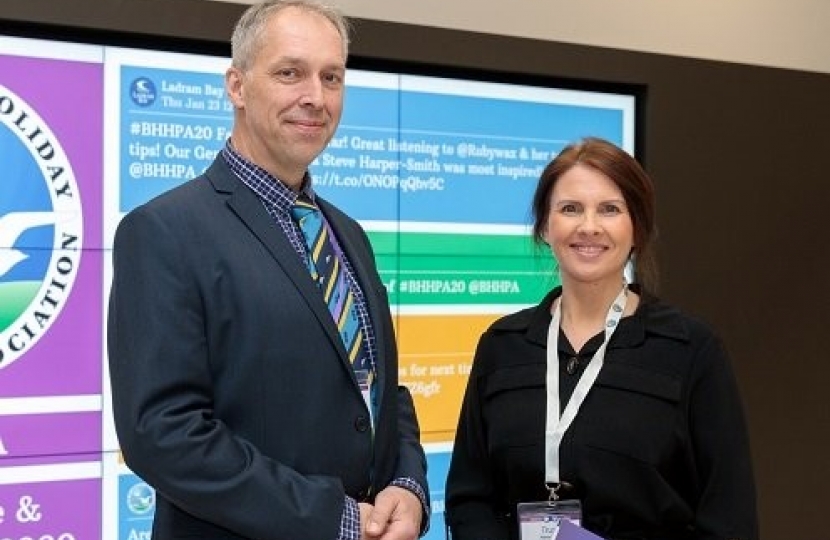 Cumbria MP Trudy Harrison took time out from Parliament today to learn more about the holiday parks industry in her Copeland constituency.

Mrs Harrison was the guest of Castlerigg Hall Caravan and Camping Park in Keswick at the annual conference of the British Holiday & Home Parks Association in London.

Held at the QEII Conference Centre in Westminster, the event was attended by representatives from many of Britain’s 3000-plus holiday parks.

The MP was welcomed at the event by Castlerigg Hall owner David Jackson whose family has been operating the park on their farm since the early 1950s.

According to a recent economic survey, Britain's park industry generates £9.3bn of visitor spending each year and supports more than 170,000 full-time jobs.

Copeland MP, Trudy Harrison has met with local pub owners ahead of their reopening this Saturday following months of closure due to Covid-19.