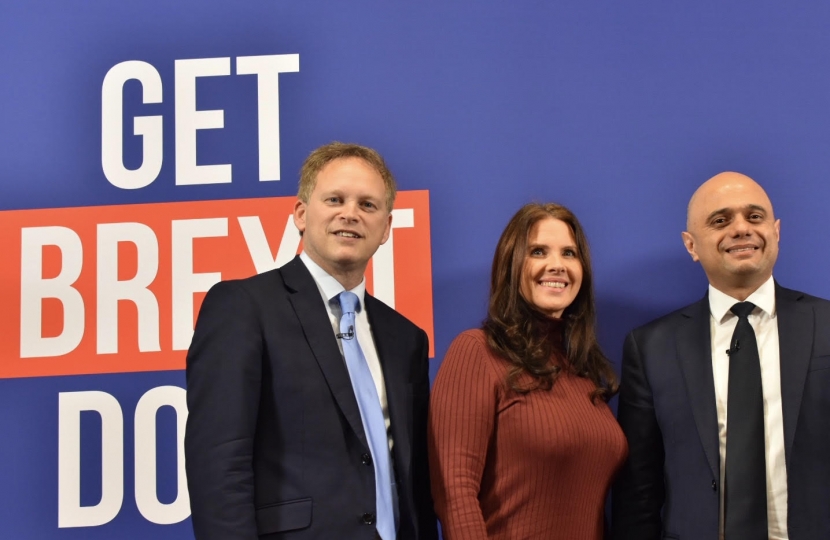 Copeland's Conservative Parliamentary candidate Trudy Harrison was delighted to welcome the Chancellor of the Exchequer to Cleator Moor today to launch the North West Manifesto.

The Chancellor said: "This could be the most important battleground in this election. So many people in this part of the world voted for Brexit, they wanted change, now we will get Brexit done and end the dither and delay."

Grant Shapps described Trudy as a "phenomenal champion" and announced that they would continue to support and develop a Whitehaven Relief Road scheme if a Conservative majority government was delivered.

Trudy said: "To have such senior cabinet members here in Copeland to launch the Conservative's North West Manifesto was a significant moment in this campaign and one which made me proud to be the Conservative Parliamentary candidate.

"Cleator Moor was the perfect place as it has a leading reputation for business, with many companies based here, and is one of the towns chosen by the Government to bid for up to £25million to further its transformation."